Keynote Lecture: "Female Husbands and the Future of (Trans)gender History"

Those assigned female who transed gender, lived as men, and married women in the 18th and 19th century US and UK were described as female husbands.  They persisted in living as men despite tremendous risk, violence, and punishment. When husbands were outed as being assigned female, the press reported such accounts enthusiastically and frequently, exposing dynamic, contested, and varied stories of love, courage, and loss. This talk explores what female husbands teach us about writing histories of gender/sexuality as well as future directions in queer/trans/gender histories.

Dr. Jen Manion is Professor of History and Sexuality, Women’s and Gender Studies at Amherst College. She is a social and cultural historian whose work examines the role of gender and sexuality in American life. Manion is author of Liberty’s Prisoners: Carceral Culture in Early America (Penn, 2015) which received the inaugural Mary Kelley Best Book Prize from the Society for Historians of the Early American Republic. Their most recent book, Female Husbands: A Trans History (Cambridge, 2020) was a finalist for the OAH Lawrence Levine Award for the best book in U.S. cultural history and recipient of the best book prize by the British Association of Victorian Studies. Jen received a PhD in history from Rutgers University and a BA in history with an English minor from the University of Pennsylvania, magna cum laude. 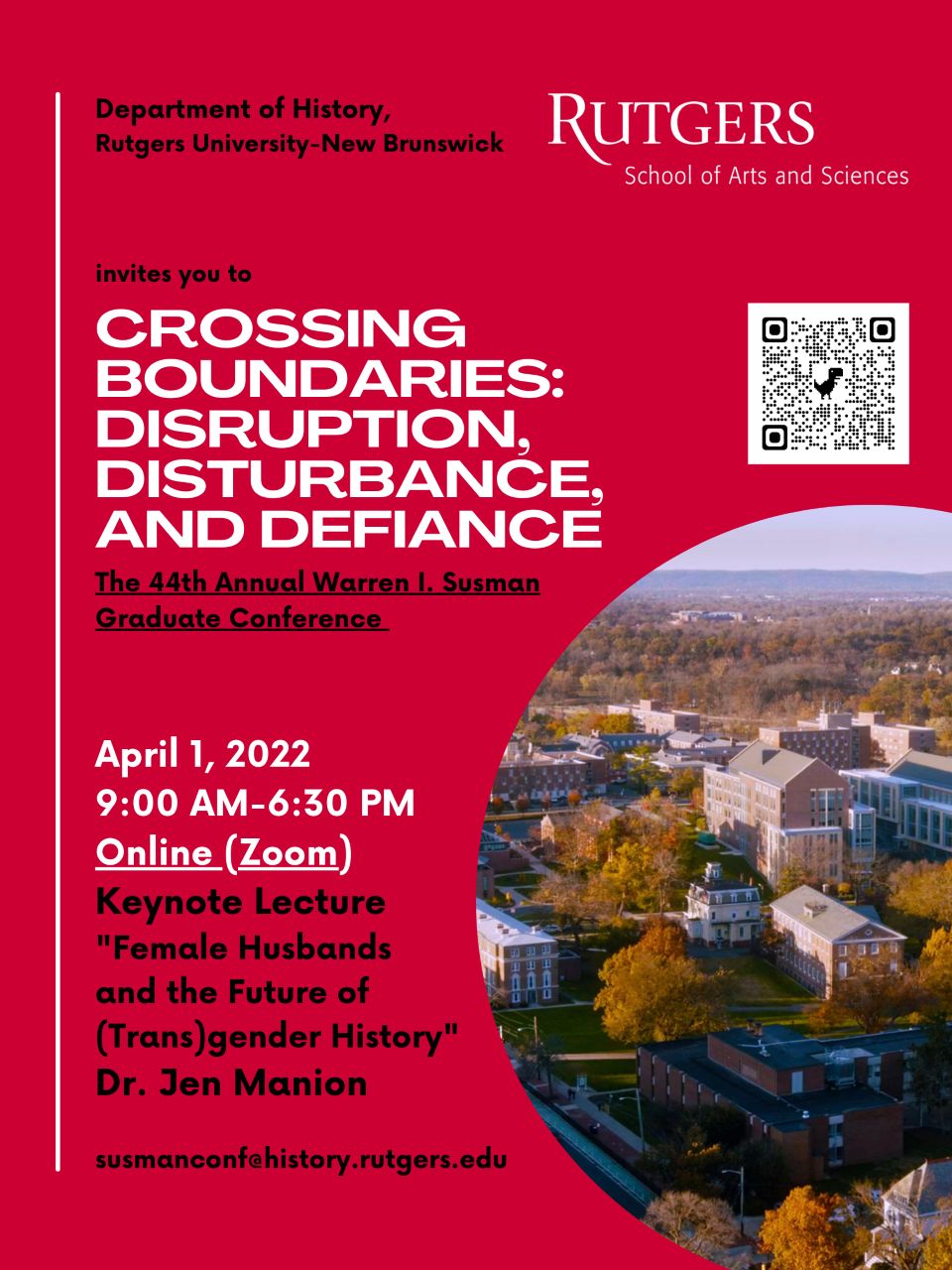