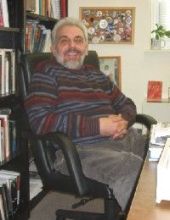 My main areas of research have been the history of the civil rights movement, especially the expansion of black voting rights and black politics. My major publications include: Black Ballots: Voting Rights in the South, 1944-1969; In Pursuit of Power: Southern Blacks and Electoral Politics, 1965-1982; Running for Freedom: Civil Rights and Black Politics in America Since 1941; and Debating the Civil Rights Movement (with Charles Payne). I have also written about the presidency of Lyndon B. Johnson and his civil rights programs. I am also interested in the connection between civil rights and the political culture the late 1950s and early 1960s. In this vein, I have done research on civil rights, fear of conspiracies, rock ‘n’ roll, and the Payola Scandal of 1959-60.