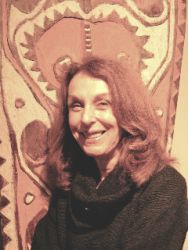 I am currently working on a biographical study of the anthropologist Margaret Mead. I have produced and written a 90 minute documentary film MARGARET MEAD: AN OBSERVER OBSERVED which aired nationally as a PBS Television Special and continues to be broadcast worldwide. I am actively involved in a number of public history projects including the Ellis Island National Museum, the Women's History Museum and Leadership Center planned for lower Manhanttan, and the South Street Seaport Museum. Newer interests include a history of collectors and collecting and a history of "single persons." Along with Professor Rudolph Bell, I co-directed two projects at the RCHA, one on "singleness" and another on the "gendering of children" during 2003-2005. Recent dissertations I have directed include several topics related to immigration including women's citizenship, Japanese picture brides, and immigrant language usage. One of my recent advisees, Carol Williams, won the OAH Scott-Lerner prize for best women's history dissertation for her work on photography, race, and gender in the northwest territory.