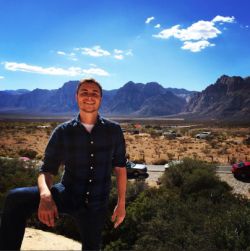 Ryan Driskell Tate is a Ph.D. candidate in U.S. history at Rutgers. His research examines twentieth-century labor, politics, and the environment in the American West. His dissertation, “The Saudi Arabia of Coal,” is a history energy development on the northern Great Plains since the 1960s. He received his B.A. in honors History at Hamline University in 2012. His essays and articles on rural populism, the 1970s energy crisis, and coal strip-mining are forthcoming in 2018.