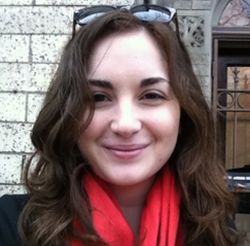 Hannah is a third year PhD student at Rutgers, studying Modern Europe and Women and Gender History. Her research focuses on violent women in the British Empire during the First World War, and efforts to understand and contain female violence. She is also interested in questions of citizenship, mental health, and transimperial connections between the British and the Ottoman and Austro-Hungarian Empires. Hannah received her B.A. in History with honors from Vassar College in 2012; prior to pursuing her PhD, she worked as a professional researcher for D.C. political nonprofits, focused on narratives and depictions of gender and disability in media and popular culture.