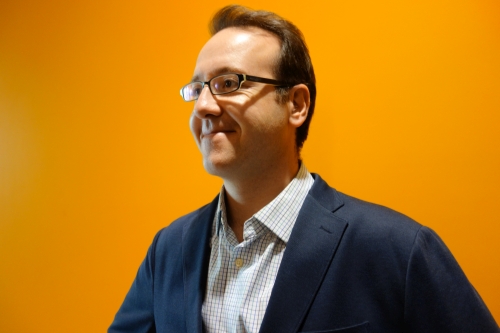 James Delbourgo was born in Great Britain and educated at the University of East Anglia, Cambridge (Christ's College) and Columbia. He previously taught at McGill in Montreal, where he directed the program in History and Philosophy of Science; was Visiting Professor of History of Science at Harvard in 2016; and is an associate of that department. His research combines the history of science with imperial and global history and the history of collecting and museum studies.

His first book explored the practice of bodily electrical experimentation in colonial British America and the early United States, including but moving beyond the figure of Benjamin Franklin, and assessing the larger meaning of the American Enlightenment through transatlantic and Creole scientific culture. Since then, he has co-edited two collections of essays: one on Iberian, French and British perspectives on science and empire in the early modern Atlantic world; and the other on the role of go-betweens in making scientific knowledge across the globe during the decades around the turn of the nineteenth century. He has also published essays on underwater collecting and Caribbean salvage diving in the seventeenth century; on Jamaican natural history, cacao and the invention of milk chocolate; on the use of Newtonian optical theory and anatomical dissection to theorize African skin color in 1740s Virginia; on the dyeing, novelistic and chemical projects of the loyalist spy Edward Bancroft in Dutch Guiana during the era of the American Revolution; a co-edited focus section in the journal Isis on the scientific use of lists in the early modern era; and a co-edited special issue of Annals of Science on the history and philosophy of species in early modern science.

Delbourgo has published magazine essays in English, French and German, including articles on contemporary art collecting and hoarding in the Los Angeles Review of Books and Chronicle of Higher Education Review; and on Benjamin Franklin and the Cold War origins of American science historiography in the Raritan Quarterly. An essay on the relationship between curiosity collecting, abolitionism and slavery appeared in the catalogue for a recent exhibition called "Assoziationsraum Wunderkammer" in Halle, Germany, featuring work by David Lynch, Lars von Trier and others. Delbourgo is a member of the editorial board of the journal History of Science.

His latest book, Collecting the World (2017), explores global natural history collecting and the career of Hans Sloane, which culminated in the foundation of the British Museum in 1753. The book examines Sloane's career from his background in Ulster and voyage to the slave society of Jamaica to his creation of a network of collectors who gathered curiosities throughout the world, making possible the establishment of the British Museum. Published by Penguin in the UK and Harvard in the US and Canada, Collecting the World was named Book of the Week in the Guardian, London Times, Daily Mail and The Week Magazine, and one of Apollo Magazine's Books of the Year; featured in BBC Radio’s Today Programme and NPR’s Leonard Lopate Show, the British Museum and BBC History Magazine podcasts and Smithsonian Magazine; and reviewed in the New York Times, New York Review of Books, New Republic, Financial Times, the Spectator, the Economist, the Lancet, Daily Telegraph, Irish Times, Nature Magazine and Art Quarterly. Delbourgo has lectured on Sloane & the British Museum in the UK, Germany, Italy, France and across the US.

His teaching includes history of science, Atlantic world history, collecting and museums, the Enlightenment, and global history. For a graduate syllabus on 'Collecting the World: Assembling Objects from Antiquity to the Present', see here.

He is currently working on a variety of projects including the globalization of the early modern science narrative, entitled The Knowing World; and on the figure of the collector in a range of fields and geographies throughout history, entitled Who is the Collector?