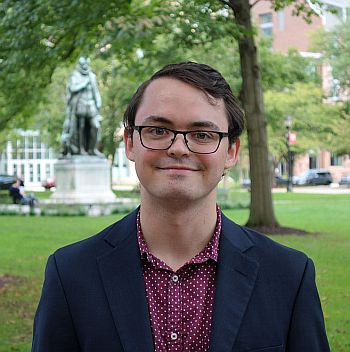 Jesse Siegel is a first year PhD student focusing on Modern Europe, with a minor field in Global Comparative Studies. Jesse received a BA at Gettysburg College in 2016, majoring in History and German Studies. He also received a Fulbright Student-Research Grant to Germany for 2016-2017. Working with Prof. Dr. Volker Zimmermann at the Collegium Carolinum in Munich, Jesse investigated German public perceptions of the Sudeten Germans during the 1920s and 1930s. As part of the public relations side of the grant requirements, Jesse delivered two lectures, one in German to colleagues at the Haus der Deutschen Osten in Munich and another before colleagues and friends at Gettysburg College in 2017,